Why to invest in Marina One Residences?

With all the infrastructure currently in place as well as those slated in the near future, all the signs bode well for projects in the Marina Bay vicinity. This groundbreaking joint venture between Singapore’s Temasek Holdings and Malaysia’s Khazanah Nasional is rightly getting all the accolades and attention even before the official launch. 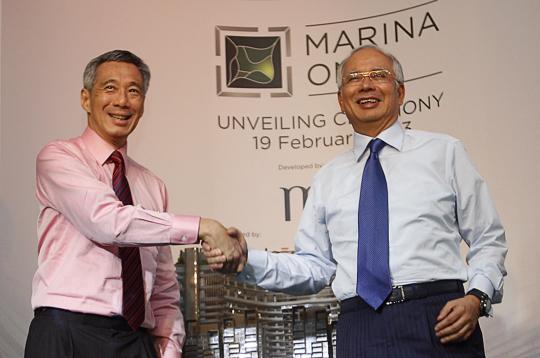 Marina Bay is shaping up to become like the New York Center of Asia :

Just like New York, Marina One Singapore is increasingly a greater attractive piece of real estate for the shrewd investor and savvy home-stayer alike.

3. Marina One Residences - Simply a different world that's entirely yours

This prestigious mixed-use development at the centre of Singapore’s business district aims to become its signature real estate development. Its brief is to define new standards of luxury urban living and to create an international benchmark for design and sustainability excellence.

Marina One’s is one of the first developments of its type to integrate soft landscape into the fabric of the building. Called ‘The Green Heart’, Marina One’s elevated public garden sits between its four high-rise towers, creating a seamless transition between a sculptural, planted landscape and architecture. The vertical garden is designed with lower and mid-level ‘sky terraces’ offering lush vegetation, spectacular waterfalls and calm reflecting pools. The planting is designed to create inspiring and multi-functional urban spaces to be enjoyed by all in Singapore.